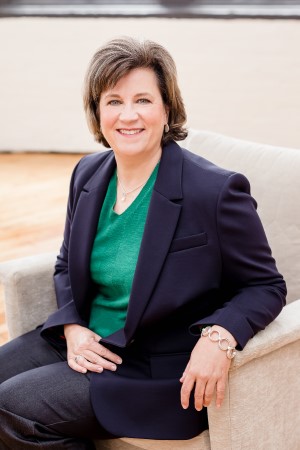 In her role as a Manager, Susan combines her passion for fundraising and project management to support Ignite’s Non-Profit Services Division. She is an accomplished professional whose wide-ranging career has included broadcast production and non-profit development overseas.

In her role at The Irish National Trust, Susan worked with the Board of Directors on the development of a new national fundraising strategy. Prior to living and working in Ireland, Susan was a longtime Senior Producer for NPR’s award-winning radio program, The Diane Rehm Show, where she also played a key role in member-station WAMU’s annual fundraising campaigns.

During her work with WAMU at American University as a Project Manager, Susan helped secure major grant funding for media reporting and provided development strategy support. In collaboration with NPR, Susan also managed the team that created WAMU’s nationally-broadcast radio program, 1A.

Susan’s fundraising career began with her role as a Historic Preservation Planner, developing grants and working with non-profit organizations and leaders to secure public and private financing for signature community projects throughout Georgia and Pennsylvania.

Susan earned a Master of Historic Preservation from the University of Georgia and a Bachelor of Liberal Arts from Xavier University. In her free time, she loves traveling, live theater, and hiking the Loveland Bike Trail.